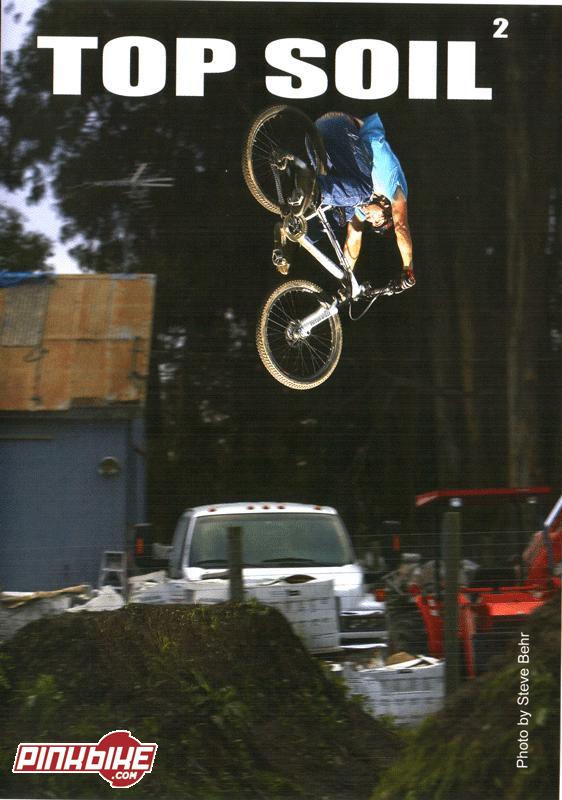 Top Soil 2 is a new mountain bike dvd with footage from Santa Cruz, Mammoth, and other great locations in the West.

This is what people are saying:

Top Soil 2 is the sequel to the Aptos Productions’ Top Soil online video diary, which has been viewed by nearly one million visitors. Top Soil 2 is a recipe of local talent, progression and humour. Watch the young riders of Aptos, California Cameron Mccaul, Evan Turpen, Jamie Goldman, Greg Watts, and many more as they ride their best for the cameras pushing themselves and the sport to a higher level. Top Soil 2 is shot in various parts of North America and places across the globe following the world’s top riders as they compete in contests and races. 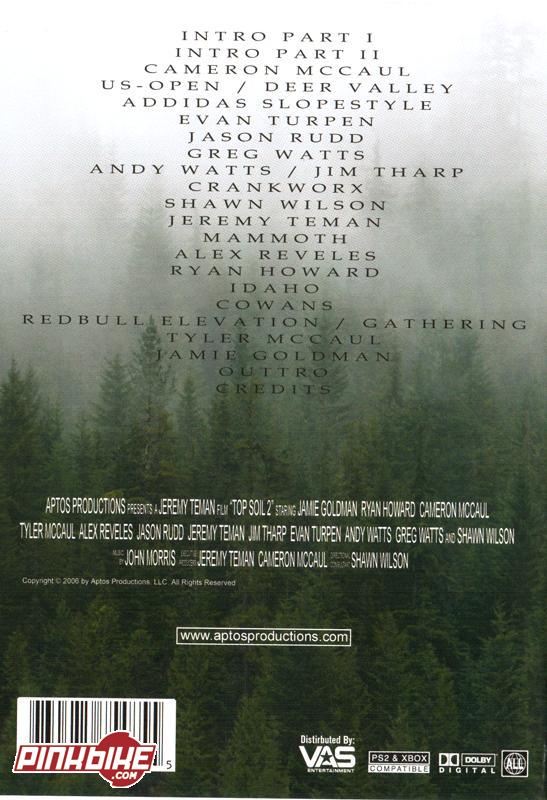 Top Soil 2 will only be available on DVD and includes the full length original Top Soil in the bonus features as well as crash section, Red Bull Reezride 03 and more…

Scenes shot in Aptos, Crankworx, Mammoth US Open, Cowan's back yard and many more.

Sick riding from the likes of the McCaul Brothers, Jamie Goldman, the Watts brothers, Ryan Howard and SO MANY MORE!

Sick riding from the likes of the McCaul Brothers, Jamie Goldman, the Watts brothers, Ryan Howard and SO MANY MORE!

Posted by Extremeline at 3:29 PM